by Ann Marie | Thoughts on Thriving

“In 2000, you were considered a pioneer if you lived in downtown Roanoke,” recalls city tour guide Larry Landolt, founder of Tour Roanoke. It wasn’t a stretch to call it a ghost town, with only about 50 people living there, he told a group of APA Virginia planners at the annual conference in July.  And breweries and restaurants were not exactly falling over themselves to be there. Fast forward 17 years later, it’s a very different story. 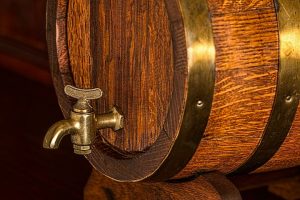 After losing a fierce battle to hipster neighbor Asheville, NC to land major brewer Sierra Nevada, the city beat its competitors to be the East Coast home of the country’s 8th largest brewer, Deschutes Brewery. According to Wayne Bowers, the city’s economic development director, the brownfield site’s proximity to downtown, as well as the region’s outdoor culture and amenities and abundant water supply were significant factors in the Oregon company’s decision. Oh, and possibly a skilled hula hoop dancer at Martin’s Bar & Grill. It also didn’t hurt that the city owned a large tract of land in an industrial park that cleared environmental testing with ease.

While reeling in a big fish like Deschutes is key, the growth (and bravery) of craft brewers like Bryan and Jenny Summerson has also been critical in shaping the turnaround. It’s not an easy leap. “In the first year, no one took home a paycheck,” said Bryan, co-owner of Big Lick Brewing Co. Formerly a schoolteacher and home brewer, Bryan became a full-time microbrewer when his wife encouraged him to start making money with “a hobby gone crazy.” 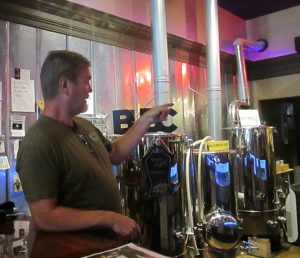 The risk paid off. They moved into a building (owned by his cousin) on Salem Street in downtown Roanoke that they have already outgrown. Bryan is excited about the plan to move into a much larger space nearby with 6,000 square feet of outdoor space for dining and music.

Beer alone cannot revive a city (Homer Simpson will take issue with that, I’m sure) but it can play an important role, as Roanoke’s renaissance can attest.

Bringing in Brewers – the Technical Part of Bippidy Boppidy Boo

While bringing in an industry like craft brewing involves complex factors like “coolness” that require years to achieve, it also involves some quicker (and more concrete) steps that planners can tackle.

For example, does your zoning ordinance contain the appropriate definitions? When breweries like Big Lick came in for permits, that specific use didn’t exactly exist in the code. So the city improvised and called it a workshop. “You don’t want to say ‘great idea, but we can’t approve,’ “ noted Ian Shaw, AICP, Planning Administrator for Roanoke. He also pointed out to me that microbreweries like to invite food trucks to their location and offer live music. A planner should consider this and decide whether these activities are appropriate for their community and if so, make sure they are included in their definitions.

If your locality has brownfields that are ripe for development, does it also have a brownfields zoning plan? And are the brownfield zones aligned with Enterprise Zones (EZ) to the extent possible so developers can reap the tax benefits? Roanoke did, which made the process easier. It also translates to $140,000 in EZ benefits for Deschutes, in addition to other tax incentives they are receiving. The city’s plan also offers urban-flex zoning that, like its name, provides some flexibility for uses in brownfield areas.

And equally important, where will the money come from? State or federal brownfield grants can be a valuable funding source to help with assessment, redevelopment planning and cleanup of old industrial properties. Roanoke was able to tap into these to help pay for Phase I and Phase II environmental site assessments for the Deschutes site, as well as Big Lick, and several aspects of remediation for what will soon be a second home for Charlottesville-based Starr Hill microbrewery. Cheers to that!